Win Daily Prizes Worth €5,000 at the bet365 Poker Road To Rio Campaign 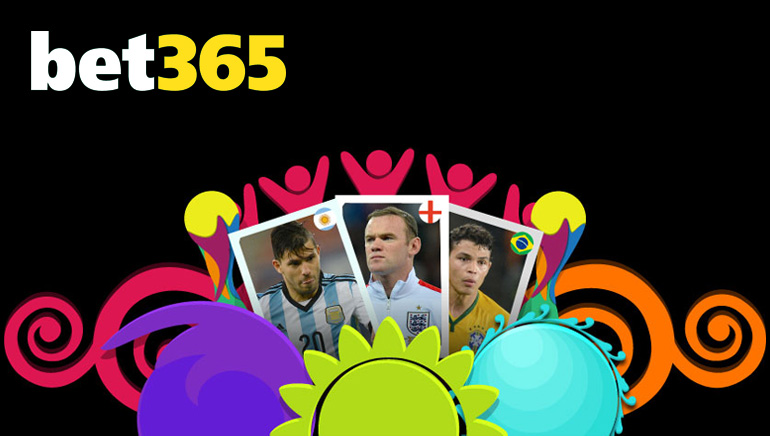 Build your superstar squad and get a chance to win daily prizes in the Road To Rio campaign at bet365 Poker.

The wait is almost over as the FIFA World Cup in Brazil will kick-off in less than a week. To celebrate the occasion, bet365 Poker has launched its Road To Rio offer which will run until the very end of the tournament. In order to attend, players are required to get only two coins each day – this automatically enters them into daily draws with prizes worth €5,000.

The Road To Rio campaign lets players actually build their own football team as they collect cards of the world's current and past superstars. Like in the World Cup itself, players begin at the group stage with the opportunity to get all the way to the final. Players move up one level every time they collect a whole card squad of 11 football players. The more rounds they go through, the more cash players earn on a daily basis, with €1.50 in the Round of 16, €7.50 in the Quarter Finals and €30 at the semis.

The football superstar cards require more coins as players move up the stages, beginning at two coins at the Group Stage, 10 coins at the Round of 16 and so on. Those who play on Premium tables get coins twice as fast – a good way to secure a rapid advancement throughout the stages.

In addition to the daily cash draws, bet365 Poker will also give away one iPad mini device every single day throughout the Road To Rio campaign. The prize will be given away in a surprise draw so try to remain logged in to tighten your odds at winning.